Today technology advances by leaps and bounds, and that is why there are spy cameras. You can find these cameras in different presentations, such as mini spy cameras, spy watches, spy keychains, spy pens, spy lighters, and even spy clothing.

What is a Spy Camera?

A spy camera is a simple common camera, but with a very small size, so much that they can fit in pen. They detect everything from the lowest sounds to the smallest movements.

Spy cameras are subdivided into several groups, depending on their characteristics: with or without a microphone, wireless or wired, color or black and white, etc.

If the spy camera is wireless, it does not need any type of cables for the information to be saved or transferred. This class of devices operates small radio transistors, which send the data that the spy camera obtains directly to the receiver. In the same way that there are wireless cameras, there are also wireless microphones, which send the sound signals received via radio.

As the size of these cameras does not allow them to have greater than 16gb, they reduce its memory. Spy cameras have a capacity of 4 to 8gb, which means that they can store an hour and a half. Even up to two hours of continuous video (or audio).

Spy cameras are very small, allowing them to be placed anywhere. The camera will go unnoticed and will capture everything that happens in that place. As long as it is not discoverable.

Why Buy a Mini Spy Camera?

This will depend on the objective to which you assign it. Remember that a mini spy camera aims to go unnoticed so it only serves as a “spectator” because you are only interested in knowing what is happening in the place that you place it, and you will surely keep this recording as infallible proof.

On the other hand, a security camera serves in a certain way as a warning. And a way to scare away. Since it is known that when a criminal tries to rob in an installation, security cameras dissuade him. 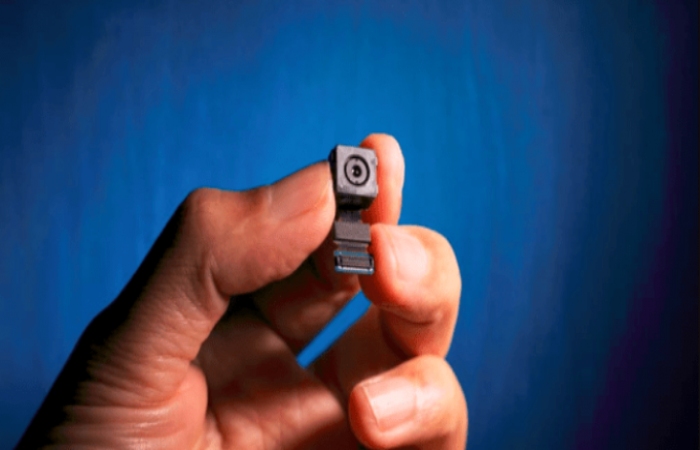 In this way, he will think twice before committing the crime. Although in the event of a robbery, a good profile of the subject would be obtained.

Said with an example, if you need to know if your babysitter mistreats your child if your employees steal from you. Or if you want to check infidelity, then the mini spy camera would be perfect for it.
On the other hand, the security camera would be like a warning that your offices or home are protected.

What Features Does the Mini Security Camera have?

This type of device is almost always characterized by being a portable mini camera. And as such, there are differences with the security ones.

For example, a mini spy camera has a resolution of 5 megapixels and a memory card that can go from 8 to 16 GB, and most of it has adapters.

Also, there are both wired, and wireless versions and, therefore, their weight can vary between 175 and 225 gr. Similarly, some versions include the spy microphone, as well as the possibility of recording audio-only or video only, if desired. You can also buy versions that. Although they are not mini cameras, they are camouflaged devices such as the following:

And as additional information, you may want to know about the mini spy camera button.

Finally, a significant fact is that you can almost always record video for up to one continuous hour. Although this will also depend on memory capacity, here are some options.

Perks of Building Your Own Gaming PC