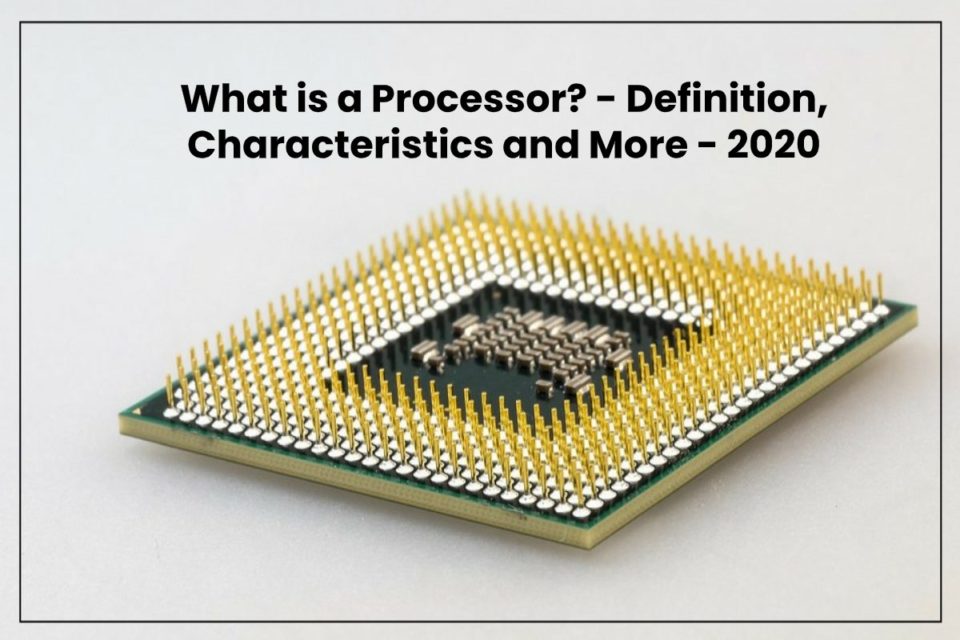 The processor is the brain of the system; it precisely processes everything that happens on the PC and executes all the actions that exist. The faster the processor a computer has, the faster the orders given to the machine will perform. This component is part of the hardware of many devices, not just your computer.

The processor is a silicon tablet that is placed in the socket on the motherboard inside the desktop computer cabinet; the difference in a laptop is that it is directly soldered. The processor is obscured in something we call encapsulation, and of which there are 3 types: PGA, LGA, and BGA.

The processor is one of the components of the computer that has evolved the most, as engineers are being required to offer better processors every time so that computers work faster and more efficiently. Its evolution has been not only internal but also its external form has been modified. The most popular PC processor manufacturers are Intel and AMD.

This component is the most important we could say and generally the most expensive, but without the rest of the elements, it could not serve or act.

The operation of the processor is defined by a clock that synchronizes all the functional blocks and assures that everything runs as it should or is programmed to be.

The operation has stages:

Main Characteristics of a Processor

When buying a CPU, it is essential to look at its technical aspects. From the beginning, everything may sound “Chinese” to you because it is a terminology with quite complex technicalities. Anyway, here we leave you a brief summary so that you can make a more objective purchase:

This first term refers to the clock speed inside the processor itself. It is a value that is measured in Mhz or Ghz and is basically the amount of power that the CPU houses. Most of them have a base frequency (for basic tasks) and another turbo that is used for more demanding processes (for gaming, for example).

Normally, we find CPUs where their energy consumption varies significantly. It is a value that is displayed in watts (W), and, obviously, those higher-end processors will be more likely to consume more energy. Given this, it is also essential to have a power supply according to the power of our processor and graphics card.

With the advancement of technology, it is already possible to find both Intel and AMD processors that have from 2 to 16 cores, respectively. These cores are in charge of carrying out a multitude of tasks simultaneously without the PC having to work at “forced marches.”

Here it also depends a lot on the use that you are going to give to your computer. If you are going to use it only for office tasks, with a CPU of one or two cores, it will be more than enough. Although if you already want to stream, play, or carry out video editing tasks, you will need at least four.

It is the type of connector with pins or socket to which you must connect to your motherboard. It is vital that you look at this term since otherwise, you can inadvertently buy a CPU that is incompatible with your motherboard. For example, the latest from Intel are usually having socket 1151, while those from AMD with Ryzen are AM4.

Within each core, there may be a thread or virtual core. And, which aims to carry out other heavier processes without affecting the performance of the PC or laptop. This technology is what is known as “hyper-threading,” a term that Intel coined, but that today is used interchangeably for any brand.

When “remembering” any task, the computer itself uses RAM. However, sometimes this is not entirely sufficient, and therefore you need to use the cache memory of the CPU itself. It is characterized in that it is reached more quickly and can be type L1, L2, and L3.