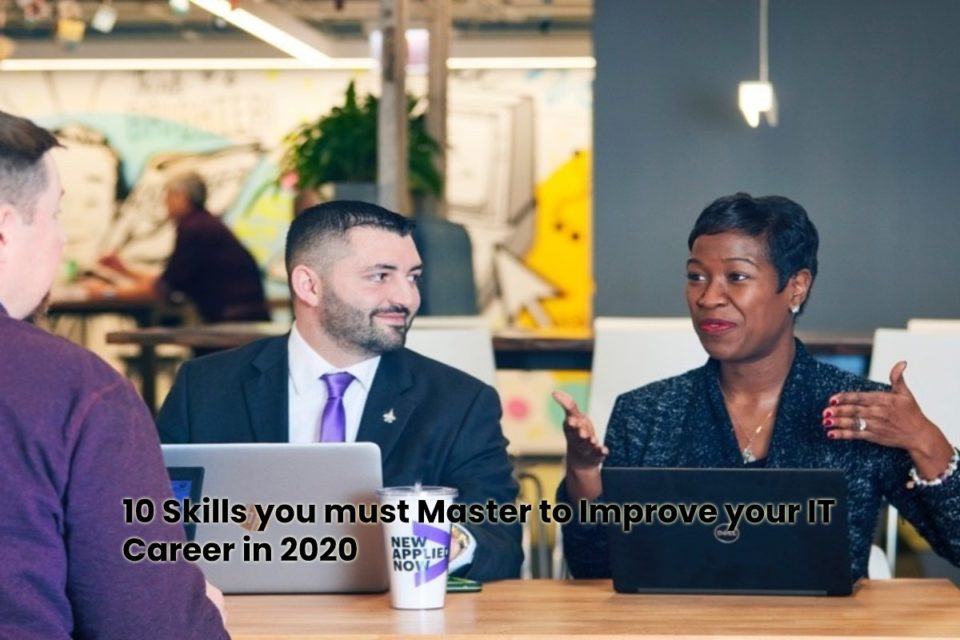 Improve your IT career in 2020: We are sure that one of your purposes for this year is to improve your position within the computer science career, i.e., IT career.

Maybe ask for an increase in your salary, maybe look for a new position, pursue new goals or even start in this profession.

In any of these cases, you have to know that within the vast field of technical skills that you can master, some are going to be more and those that are expected to continue to be in great demand in the coming years and those others whose moment of glory is over … never to return.

What situation are we in 2020? What programming languages and other technologies should you master for your CV to shine above the rest? A recent report states that how to improve your IT career:

Structured Query Language (SQL) is a domain-specific programming language. And also, the use of it is to find and retrieve data in relational database management systems.

Originally developed at IBM by Donald Chamberlin and Raymond Boyce in the 1970s to manage data stored on IBM’s System R. Today, the use of SQL is to manage data on a variety of database management systems. Such as MySQL by Oracle or SQL Server by Microsoft.

Java is an Open Source programming language created by Sun Microsystems in 1995 and later acquired by Oracle. As of today, it is still one of the most popular and in fact, the vast majority of Android applications are developed in Java. It also has a great presence in the development of web applications and database-based software.

The need to agilely analyze vast volumes of information and new AI implementations have fueled Python’s popularity in recent years. An open Source programming language, Python is also considered as the ideal way to enter the world of programming and has a large community of developers.

The Linux kernel was first published by Linus Torvalds in 1991, growing in popularity since then and most especially in recent years with the development of Android, Chrome OS, or the numerous devices that are part of what is known as the Internet of things (IoT).

Linux also plays a vital role in the development of all types of cloud infrastructures and their associated technologies.

Like Java, JavaScript was introduced in 1995. However, although the name is similar, both programming languages have completely different uses. While Java forms the back end of many business databases and applications, JavaScript is used in the front end of applications to improve the functionality of many web pages.

And it is that although it also has other uses, JavaScript has become one of the main languages for the development of web pages, soaring in recent years its popularity thanks to its flexibility and power.

Amazon Web Services, or what is the same, the cloud services division of Amazon, began its journey in 2006. Almost
fifteen years later, AWS has become the undisputed leader in its sector, offering a tremendous variety of public and hybrid cloud services, including areas such as storage, computing, analytics, big data, AI, edge computing, application development, and many more.

As a consequence, AWS certifications are among the most in-demand and specialized professionals among the best paid.

The C ++ programming language is based on C and almost dates back to C, which was developed as a high-level general-purpose language for writing the UNIX operating system.

Bjarne Stroustrup created C ++ in 1979, while working on his doctoral thesis, as a way to add additional features to C. Despite its age, C ++ is still highly valued today as the central language in many operating systems, browsers, and games. .

A basic and essential that you must master. C was developed to write the UNIX operating system at Bell Labs in California in the late 1960s and early 1970s.

It has remained one of the most widely used languages of all time. And professionals who know C well will continue to have a high demand for employment in the coming years.

C # was developed by a Microsoft team led by Anders Hejlsberg. He is known for drawing on both C and Java elements, allowing him to gain flexibility. The use of C # is in mobile applications, games, and business software, making it suitable for a wide variety of applications.

Microsoft .NET is a framework intended to be used by most applications created for Windows. Introduced in 2002, it supports over 60 programming languages. And also the use of it is for the development of websites, apps, games, and more.

Even though its demand has decreased in recent years, .NET is still an essential skill in the field of computing.

These ten skills would probably help you to master and improve your IT career not only in 2020 But also in the later years as well.

A Comprehensive Guide on the Types of Software Testing

Cyberattacks and Malware Grow through Mobile phones, How to Protect from these Attacks?