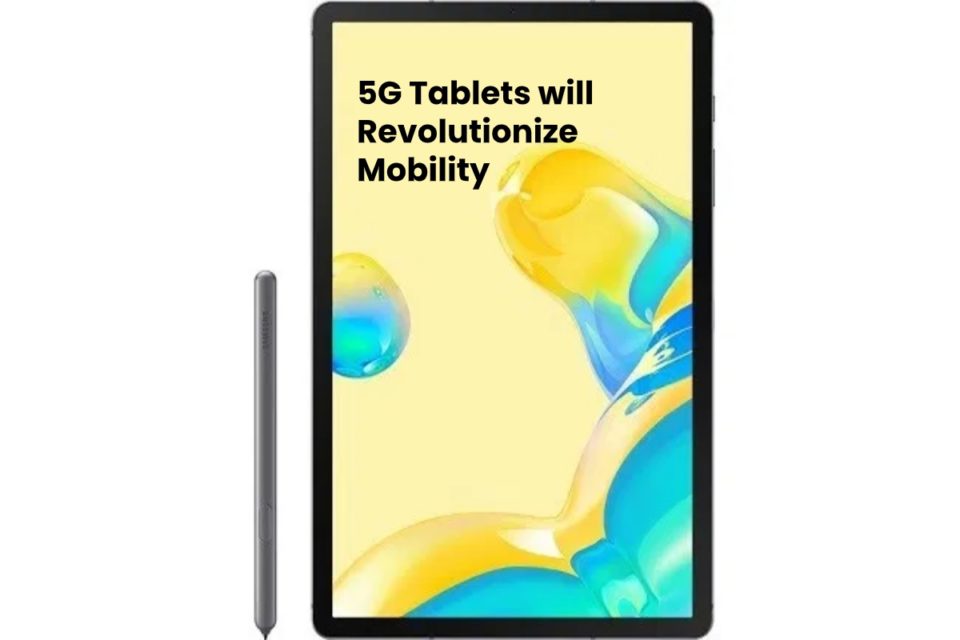 The arrival of 5G is a new era in connectivity that promises to bring important changes. The role that 5G tablets will play in promoting mobility will be essential.

Fifth-generation mobile connectivity, better known as 5G, is considered by experts as a call for a game-changer. Its vast capacities and with speeds of up to 2 Gbps, allows 5G to reduce latency, allowing devices such as autonomous vehicles to take advantage of the ability to communicate more quickly.

In Most markets, 5G still works on 4G LTE Networks

To take advantage of these and several other possibilities, operators around the world are deploying 5G networks.

To date, there are more than 1,100 5G implementations globally, but much remains to be done. Most markets operate on 4G LTE technology, which means operating at a maximum speed of 50 Mbps.

As pointed out by IHS Market, at a general level, it is a network that is in a developing stage. And that will still take a couple of years to mature.

A Boost to New Ways of Working

Against this background, ABI Research data suggests that, even though manufacturers are already launching their 5G tablets to the market, their takeoff and consolidation will still take time.

According to ABI Research, the proliferation of these smartphones should help drive the adoption of 5G. And incentivize operators to implement it more quickly.

And it is that the forecasts they manage indicate that this year they will ship 172 million 5G smartphones worldwide, a figure that will rise to 989 million units in 2024.

The Corporate Sector will be the Primary Driver of 5G Tablets

Analysts’ forecasts indicate that, while consumers and business users will be the main drivers of the 5G smartphone market, the corporate sector will be the main responsible for the adoption of 5G tablets.

This will be mainly because tablets allow greater flexibility in specific industries. Such as healthcare, which requires fast speeds, low latency and the mobility that these devices enable.

Besides, Samsung could play an essential role in the development of 5G by being the second-largest manufacturer of tablets behind Apple.

And also, there are no signs of losing that height in the short term. This, coupled with Samsung’s commitment to 5G, could prove critical to the entire market.

What Is Software Engineering & Why Is It Important?